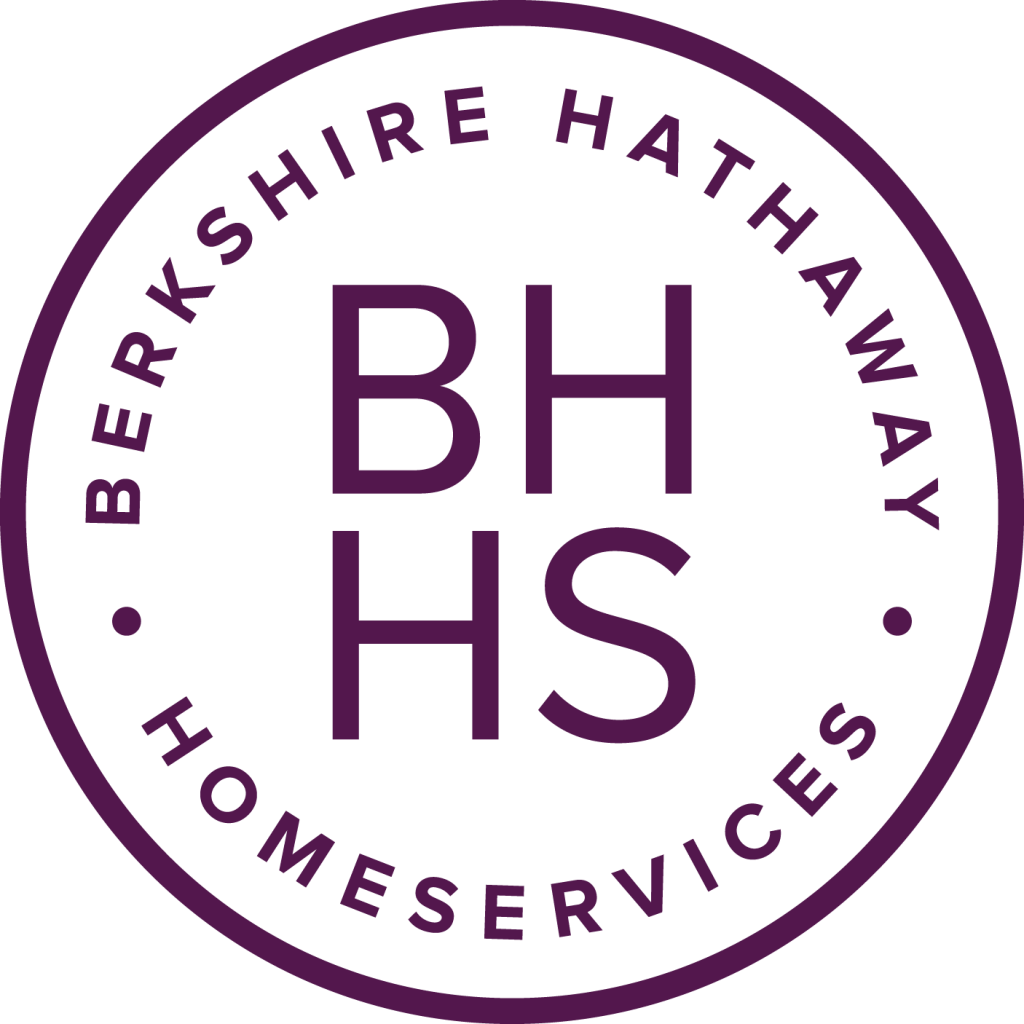 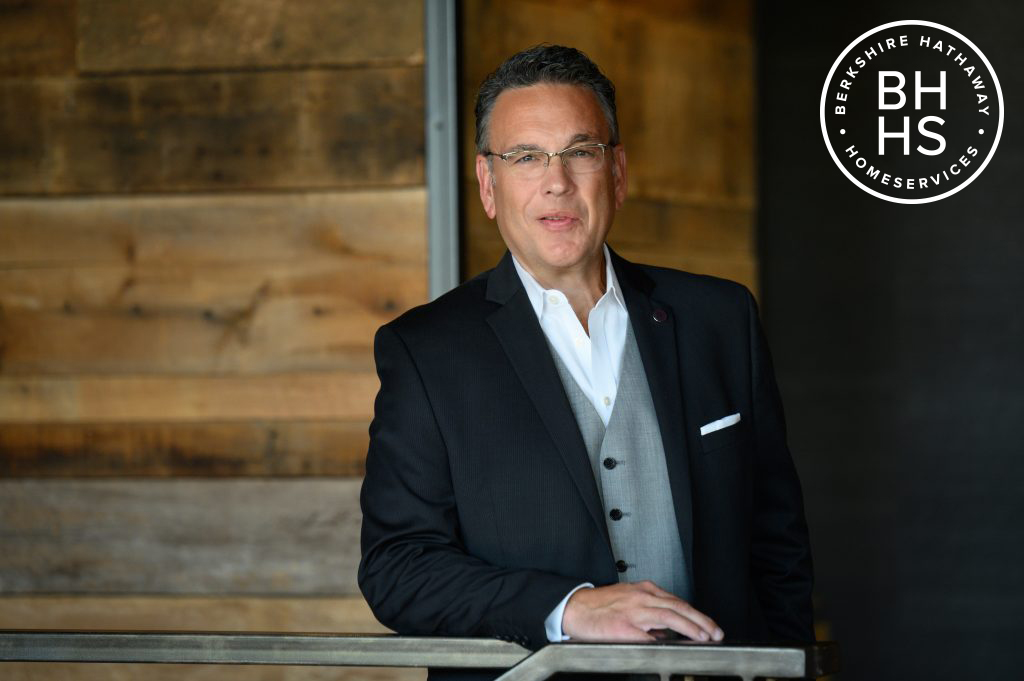 Craig West... is the Co-Owner/CEO and comes to his position from within the leadership team at Berkshire Hathaway HomeServices Indiana Realty. West launched his real estate career in the mid 1980s and was an award-winning agent and manager. He started his management career with Indiana Realty in 2004. As COO, West led the company through a successful brand transition in 2014 to BHHS with a focus on continued growth through services and technology provided by the company. 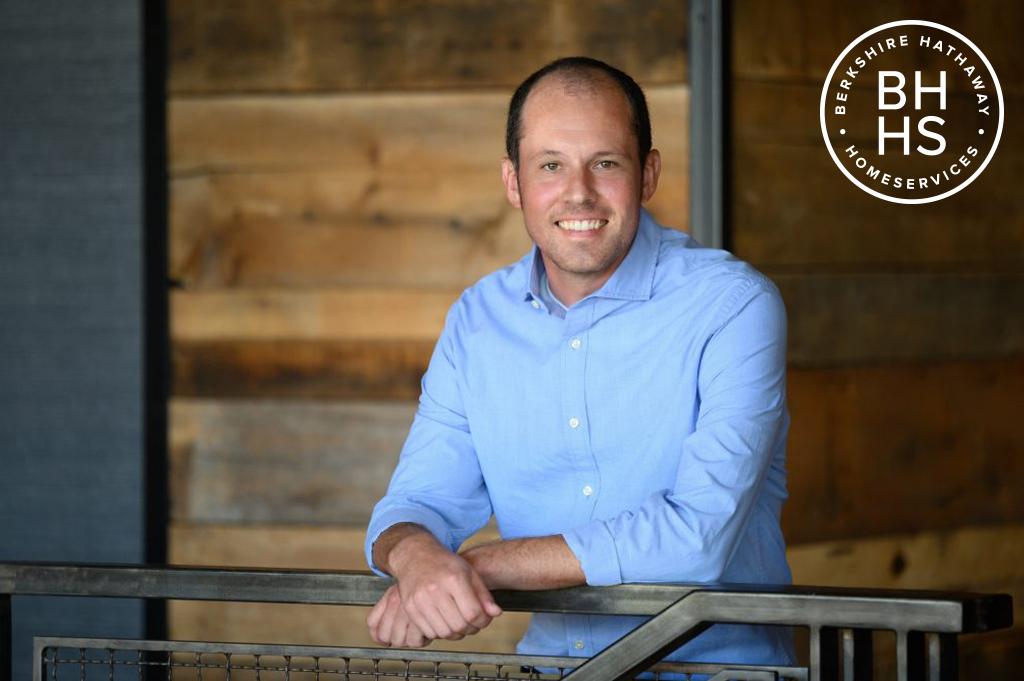 Andrew Braun... is Co-Owner/CFO with Berkshire Hathaway HomeServices Indiana Realty. He is a certified public accountant with a concentration in real estate accounting and finance. In addition to responsibility for reporting, forecasting, budgeting, financial analysis and collection management, Braun also has been active in due diligence for acquisitions. Braun holds a bachelor’s degree in accounting and MBA with a concentration in Finance from the Kelley School of Business at Indiana University. Prior to his time at BHHS, Braun worked within the real estate division at Big 4 accounting firm EY. 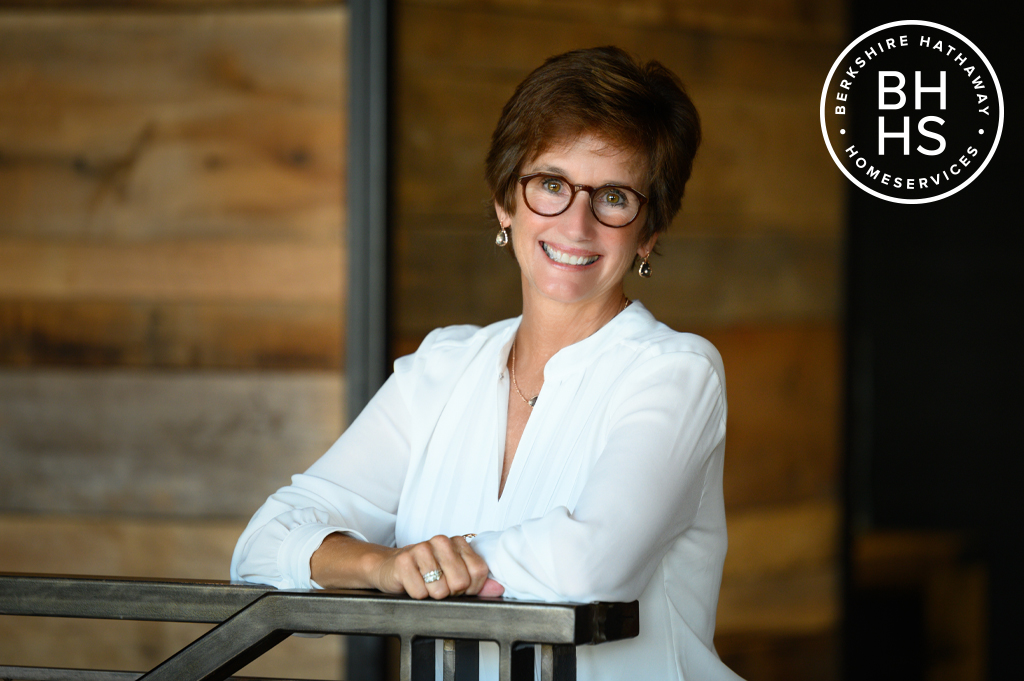 Julie Downham... has been in Real Estate sales since 1995. She became Manager of the Fishers office in 2017 and received Managing Partner of the Year from BHHS Indiana Realty. Her position as Senior VP of Operations allows her to focus on development of the Leadership Team through coaching, teaching and mentoring, which is her passion. Julie is a Native Hoosier-born and raised in Bloomington and graduated from IU. Julie loves her family time with her awesome husband Mark, wonderful children and their spouses, and LOVES being a grandparent to 6! (Hoping for even more) julie@bhhsin.com 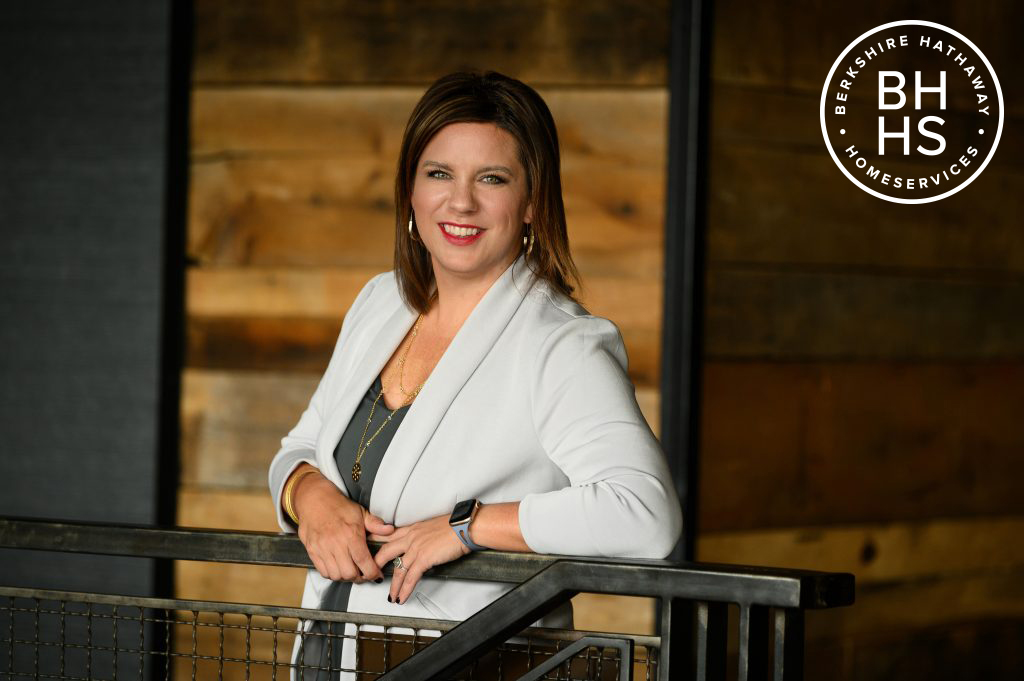 Lynn Wheeler... is our Regional Senior VP of the Indianapolis Metro-North Region. Lynn entered the real estate industry in 2006, Lynn was a top producer for many years before choosing to serve others in a management role. Lynn is highly involved REALTOR® on the local, state and national level. Serving as the 2018 President for the MIBOR REALTOR® Association, Director/Executive Committee Member of the Indiana Association of REALTORS®, and Committee Member National Association of REALTORS®. Lynn is also a contributor for Inman.com. Lynn is originally from the Cincinnati area and resides in Carmel with her husband Jeff and their two boys Wyatt (10) and Myles (6). Lynn’s purpose is simple: to not waste a day available to serve and have an impact on the success of others and to have fun in the process. lwheeler@bhhsin.com 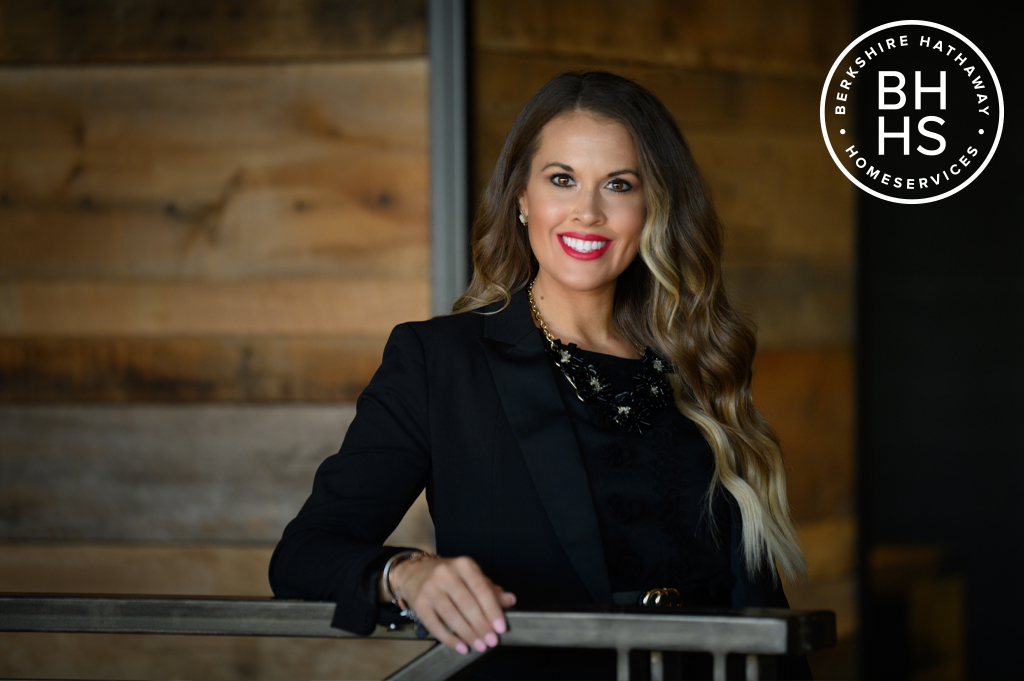 Brandy Sommer... joined Berkshire Hathaway in May 2018. As Marketing Director, Brandy manages our BHHSIN social media platforms to create brand awareness and enjoys helping our agents develop marketing strategies through email campaigns, social media, digital ads and other creative marketing. Sommer was born and raised in the Hoosier state and moved to Fishers in 2010 with her 2 sons. Prior to Berkshire Hathaway, Brandy spent the majority of her career selling new construction homes for Ryan Homes and Pulte Homes where she had in-depth corporate level sales and marketing training. During her career she received several sales awards, but found the relationships created with her clients during the building process to be the most rewarding part of her job. In her free time she enjoys group fitness classes and volunteering with outreach teams at iTown Church. bsommer@bhhsin.com

Dani Esposito... is the Administrative Director and joined Berkshire Hathaway in 2021. Dani lives in Fishers with her husband Tony & is mom to three amazing boys!  Their family also includes their Goldendoodle, Halle! Dani is passionate about her community and loves to volunteer! She has a degree in Legal Studies and was a Piano Performance major at Indiana University. Dani has spent over a decade as an entrepreneur building online businesses and focusing on coaching female entrepreneurs to success. She is an expert in Social Media Marketing, Leadership & Professionalism, and has had vast experience in the field of networking, building relationships & influence, public speaking and creating culture. desposito@bhhsin.com 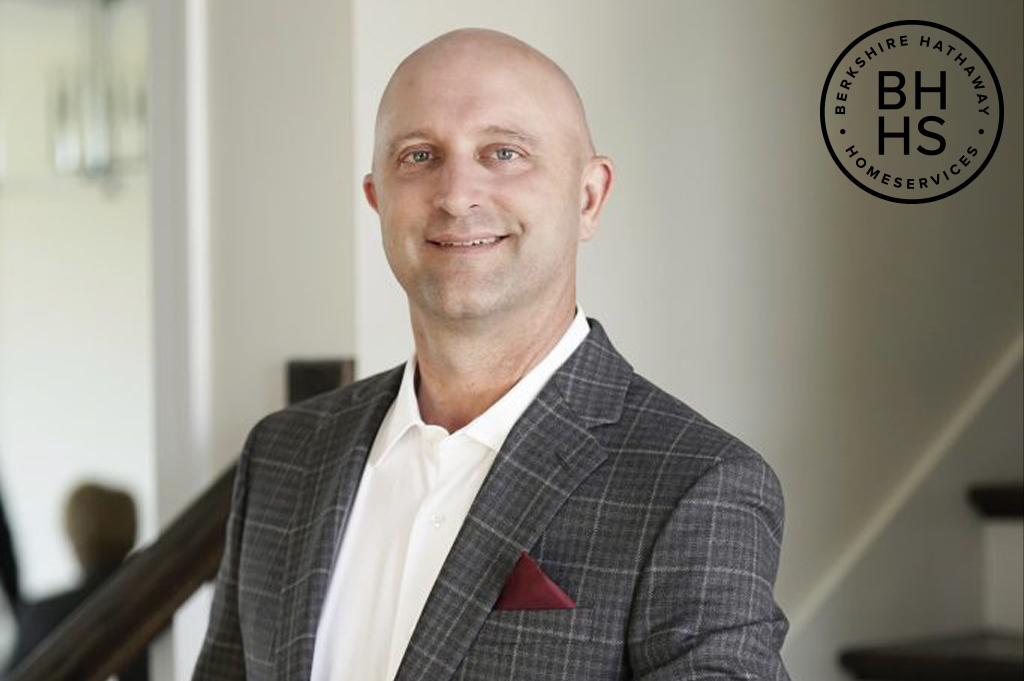 Mike Deck... is Regional VP of Carmel Mike grew up in Carmel and graduated from Carmel High School. He has an extensive network within the community and industry. After graduating from Hanover College, he worked in the corporate world for a while, but his desire to remain in his community and his growing love of construction brought him to real estate. His warm personality, Golden Rule philosophy, and value of strong relationship building have certainly contributed to his success.Mike is passionate about giving his time and efforts to support his hometown and surrounding communities. He served on the original board that helped form and create Westfield’s Grand Park, which is the largest family sports complex in America. He also supports Shepherd Community Center, Riley Children’s Hospital and Open Doors in Westfield.As the father of five children, Mike knows the challenges and blessings of being a parent. “My wife and I are so grateful that we are raising our children in such a fantastic community,” he said. Mike’s faith, family and friends are without a doubt the most important things in his life. mdeck@bhhsin.com 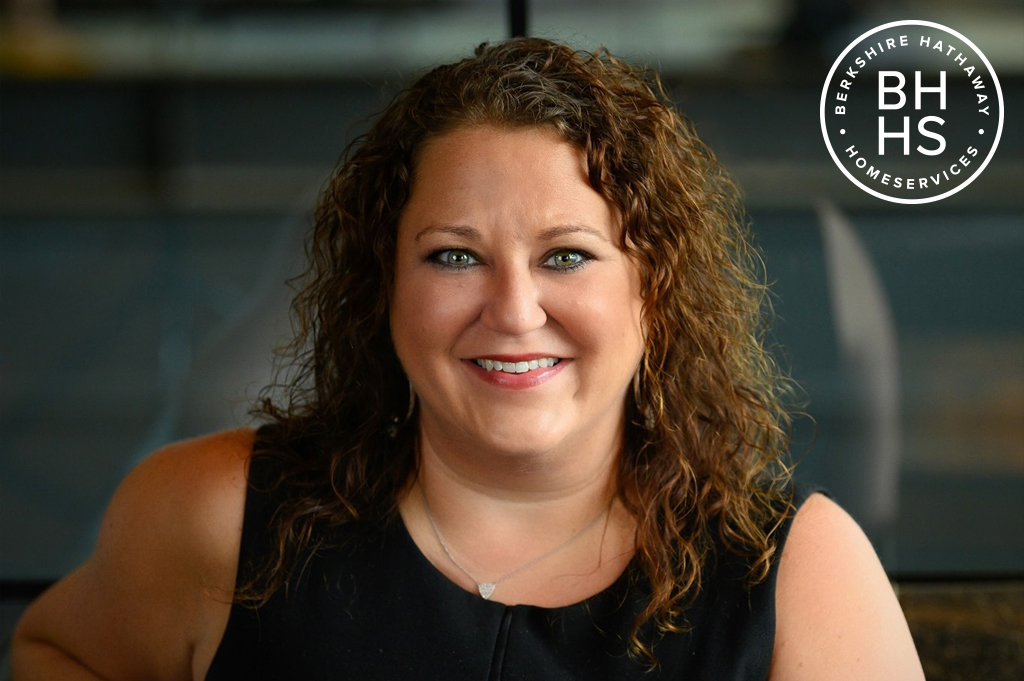 Emily Bowman... is Regional VP of Fishers and specializes in the Metropolitan Indianapolis area. She is a graduate of Butler University with a degree in Accounting. After a short time in the Radio Promotions and Marketing field she found herself continually being drawn to Real Estate. She loves being able to help people make one of the biggest decisions of their life and fulfill their real estate goals. ebowman@bhhsin.com 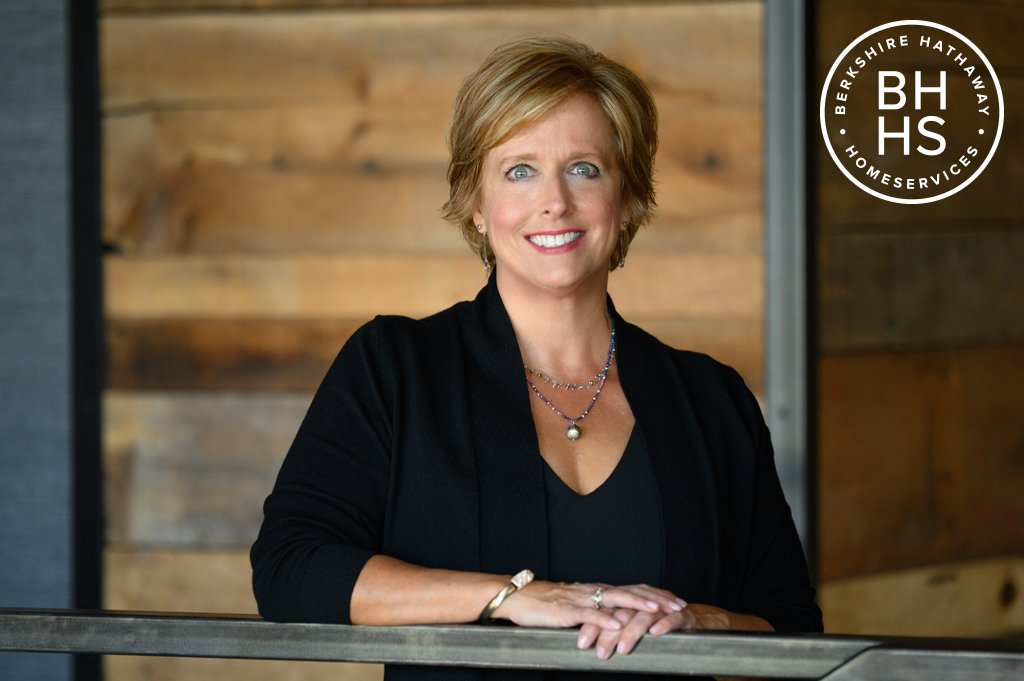 Louise Bergman... After living in almost every region of the US and abroad in Argentina, I’m Proud to be a a REALTOR®️ and resident of Zionsville for the last 14 years! Prior to having my daughter Katherine, I enjoyed a 13+ year career in Regional and National Magazine Advertising, including Martha Stewart Living. As a Regional Vice President for BHHSIN, I am working to develop the newest Regional Sales and Marketing Office in the Anson/Zionsville marketplace & enjoy working hard to help REALTORS®️and my clients achieve their Real Estate goals faster than in my absence! lbergmann@bhhsin.com 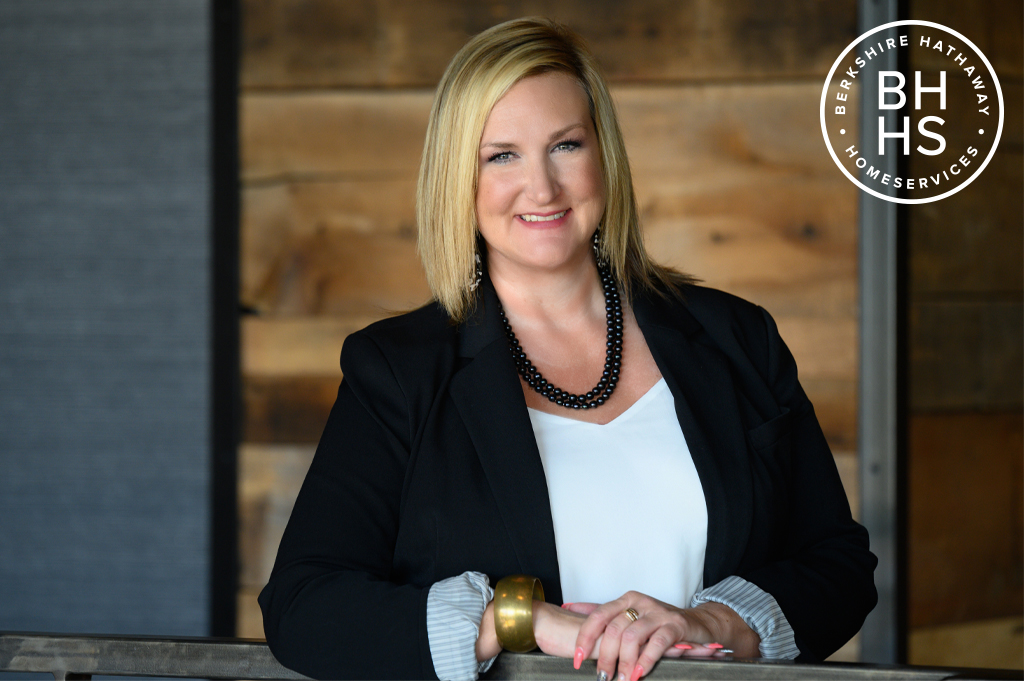 Michelle Serna... is Regional VP of Lafayette and has been around the Real Estate Industry for 20 years. She worked as an assistant for a few years and now has 17 years of experience being an Award Winning Real Estate Broker. She lived in the Dominican Republic briefly and speaks Spanish fluently and now lives in the Greater Lafayette area with her 3 children. mserna@bhhsin.com 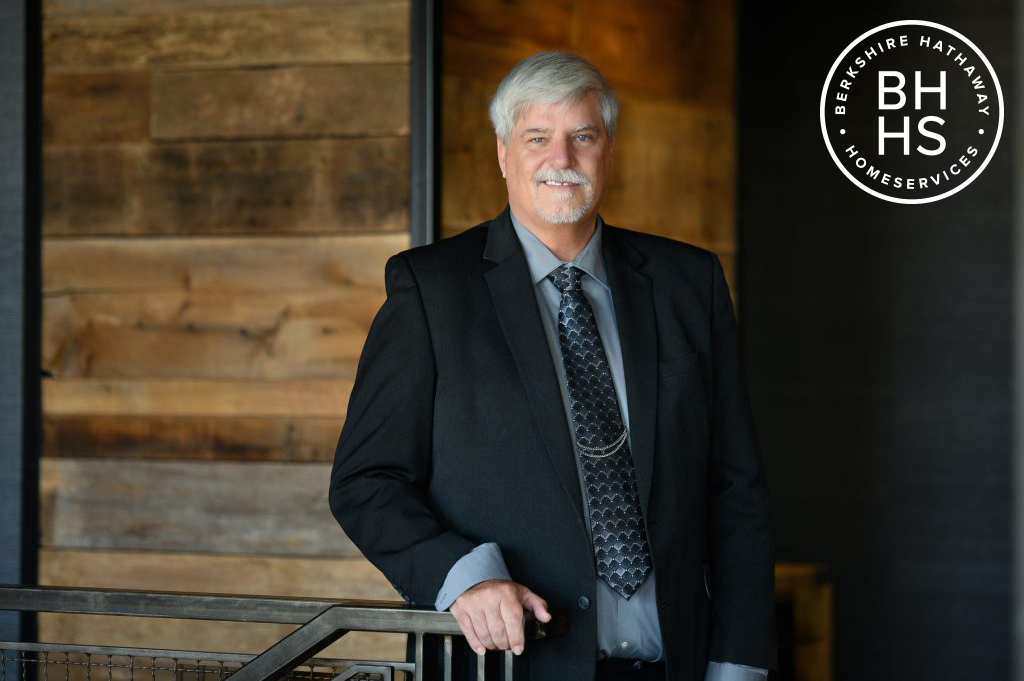 Ted Moss... is Regional VP of Anderson. Ted became a Realtor 10 years ago and loved the challenge with the housing market crashing, and foreclosures everywhere. Ted did well in the first few years and then became Part owner and General Manager about 5 years ago. There is a Great group of Agents in Anderson, they are all like a big Family. Ted is glad to be part of this great Business. He has 2 Children and 3 Grand kids. tmoss@bhhsin.com 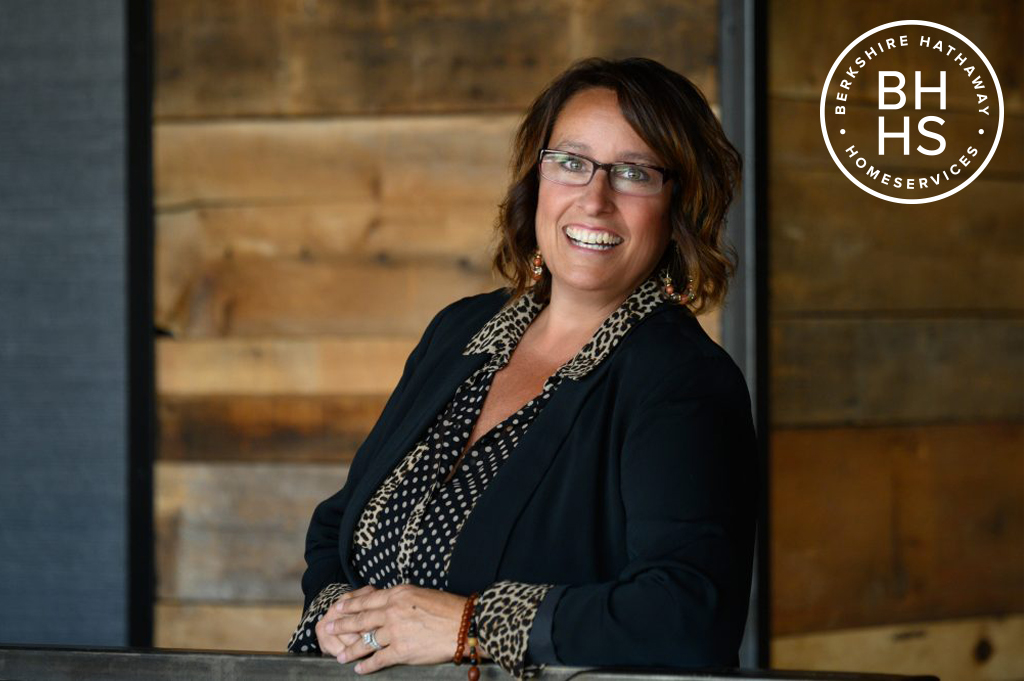 Angie Denny... is Regional VP for Berkshire Hathaway HomeServices in Bloomington, Indiana. Her career in real estate began in 1997 as a front desk receptionist and now fast forward to Branch Manager with the same company. Her years in real estate have provided her the luxury to be part of so many excellent training and national speaking opportunities. She is currently a member of the Bloomington Board of Realtors Community Giving Committee which participates in the Food Drive, Golf Scramble Committee, Toy Drive and Parade Committee. adenny@bhhsin.com 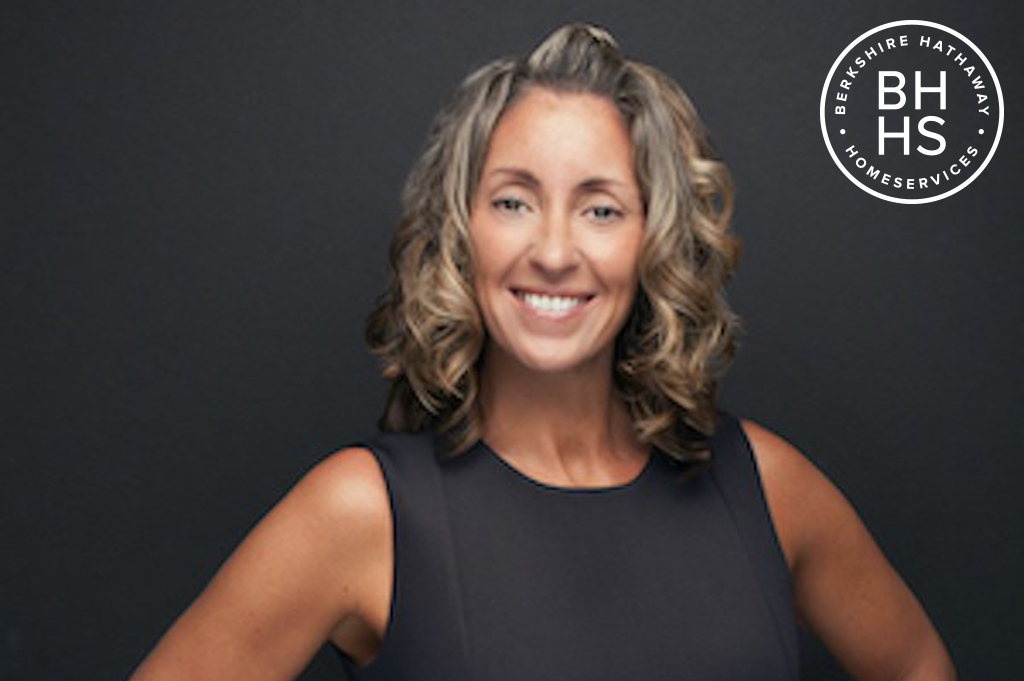 Shauna Snyder... is Regional VP of Business Development. Shauna was an agent with Century 21 for 3 years and worked as a Transaction Coordinator/Operations Manager for her brother's independent company in San Francisco, CA, Hastings Realty Group for 5 years. After spending a year as Office Manager for a property management company, she most recently was the Sales Manager for Weichert Realtors The Brawley Group. Her role with BHHS is coaching, training, and recruiting for the Bloomington office. Shauna was born and raised in the Bloomington area. ssnyder@bhhsin.com 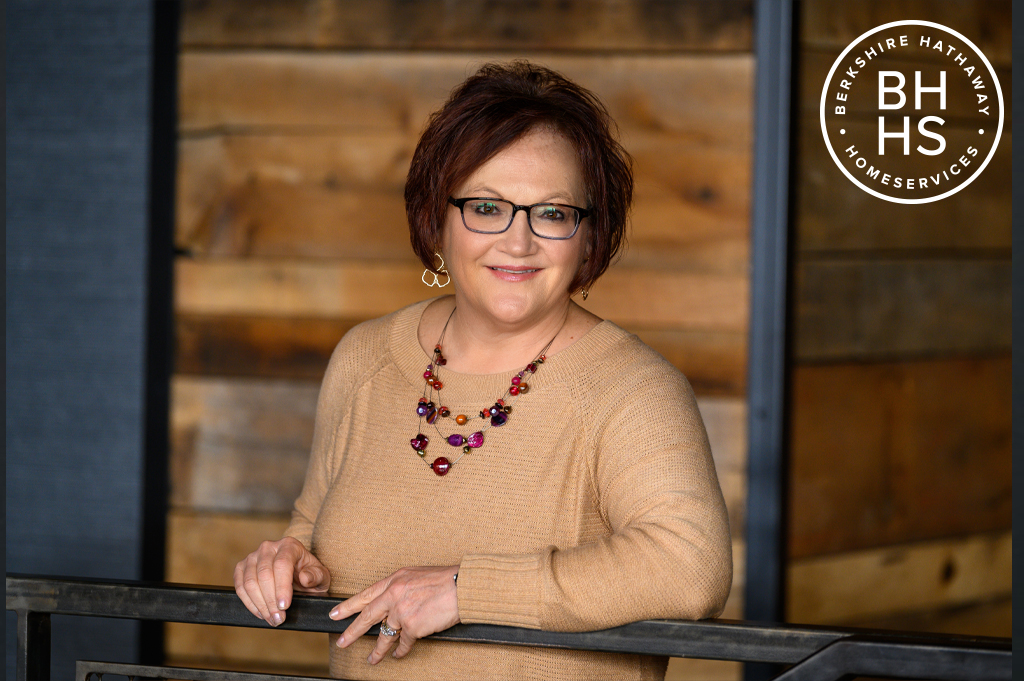 Amy Hammett... is Regional VP of Evansville. She began her career with the company in 1997 as an Office Manager, learning and growing from several leaders to make the transition to Branch Manager. Office Management called on her administrative skills and now helps her organize and direct her team. She is currently on a member of the Southwestern Indiana Association of Realtors Board of Directors, and also participates in the Young Professionals Network group thru the board who just donated over 500 backpacks to school kids. In her spare time she likes traveling and spending time with her family and grand dogs. ahammett@bhhsin.com 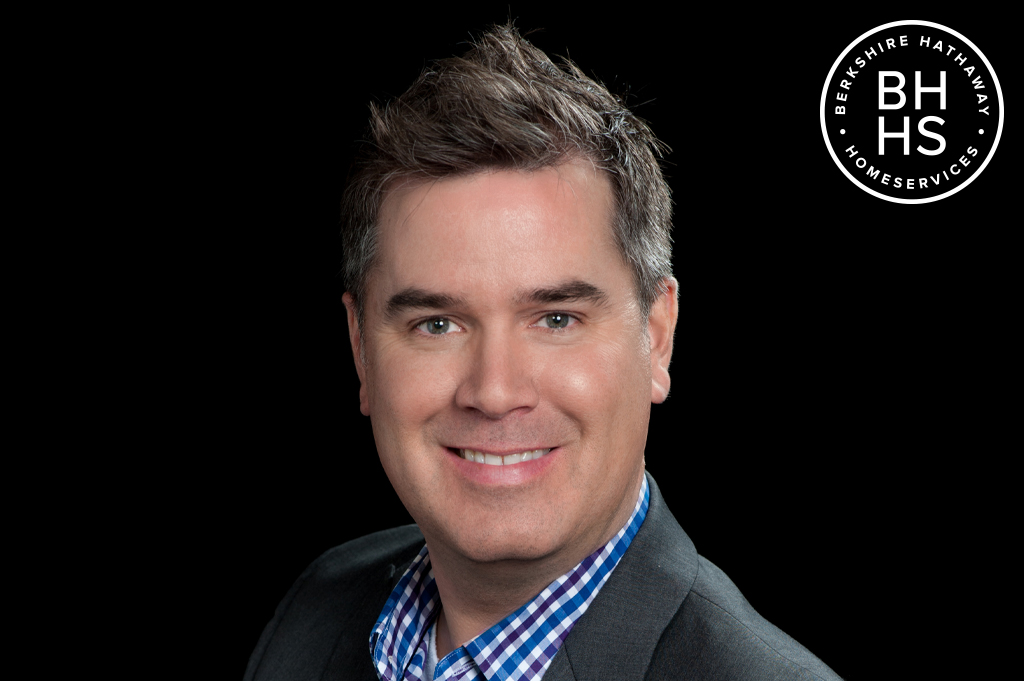 Eric Seymour... is the Training Director for BHHS Indiana Realty. Eric has served on local and state Boards of Directors for real estate associations and currently on the Executive Committee for the Indiana Association of REALTORS. He has served as state RPAC chair receiving the Trailblazer award in 2012 and also received the honor of being the REALTOR of the Year for the State of Indiana in 2012. In 2018, he received the honorable Community Service Award for Berkshire Hathaway HomeServices Indiana Realty for his service in the Greater Lafayette community. eseymour@bhhsin.com 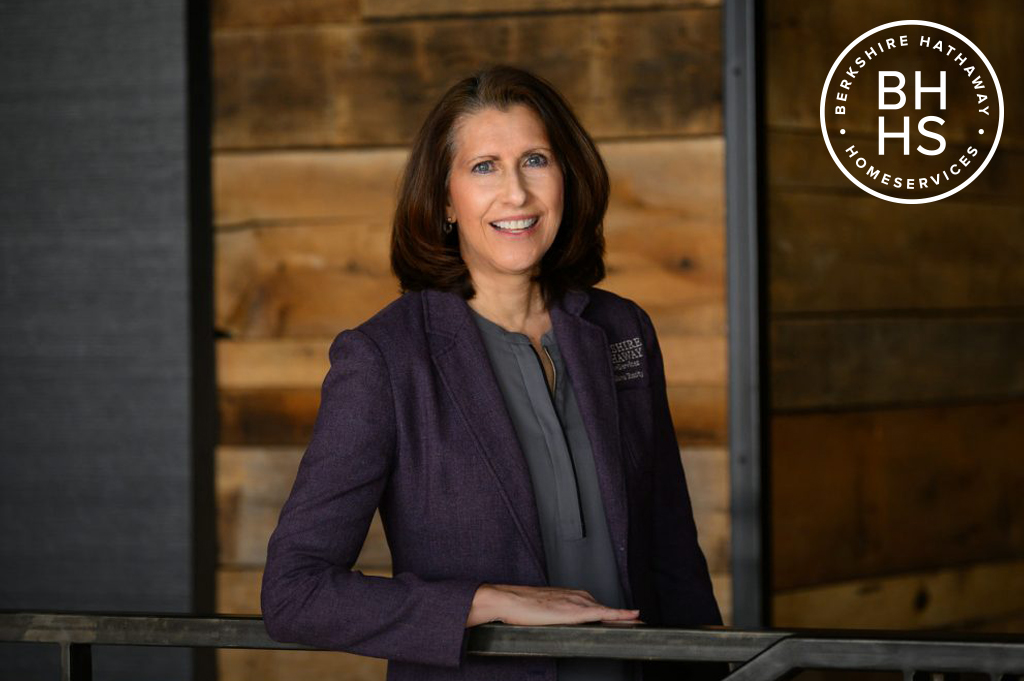 Ann Gioe... is the Referral Director for BHHS Indiana Realty. She oversees teams of agents throughout our offices that work with buyers and sellers who are moving because of a job transfer. Ann has been with the company since 1989 in various positions until becoming a part of the Relocation Department in 1998 as the Inventory Specialist. She assumed the position of Relocation Director in 2011. A born and bred Hoosier, Ann graduated from Indiana University with a degree in Public Administration. She is active in the local community and loves to introduce people to her hometown. agioe@bhhsin.com

Thank you for your inquiry.